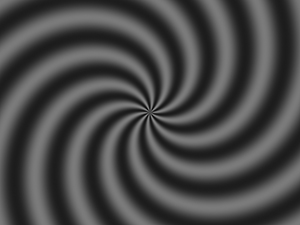 One thing about getting older, you live in Yogi Berra’s “déjà vu all over again.”

When people were running around after 9/11 holding their heads and moaning that “nothing will be the same” my reaction was “wrong,” it’s never different. Don’t get me wrong too. It wasn’t that I was untouched. I never see or hear the date I don’t think about the sons of two of my good friends who didn’t make it out of the towers. My first thought is for the two Davids who were slain by the terrible, unseen Goliath.

It’s just that I remember Pearl Harbor vividly, and the dreadful loss of life there, even thought I didn’t know anyone on the Arizona or the Oklahoma. I don’t think the casualties in Iraq and Afghanistan have quite yet equaled those lost that day.

Then there are memories of the Great Depression, which lasted most of my early childhood accompanied by the dust storms that sent the Joads to California. I ache for the young people I see around me who have lost their homes. But what I remember are the men showing up at my mother’s door asking for a sandwich, her friends who took in sewing, my friends at school who only had a change of clothes for each season and Bonnie, whose parents sent her to the city to live our families who could afford to keep her if she cooked and cleaned for them.

The French always get it right, “Le plus change…”

I write novels, poetry, and short stories. In broad-brush terms, I have written about alcohol and drug addiction, and more importantly, recovery and the influence of twelve-step programs, incest, racial and religious tolerance, abortion, and war. In previous lives I was a political activist and business owner and have remained an avid Planned Parenthood supporter over the years. I graduated from Southern Methodist University and hold a Master’s Degree in Creative Studies from the University of Central Oklahoma, where I received the Geoffrey Bocca Memorial Award for graduate writing.