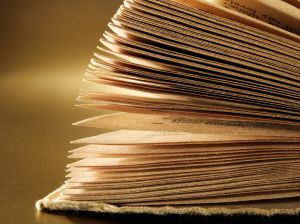 I’m almost afraid to mention it, but an agent—a real one in New York City—has the manuscript of one of my books. I’m not expecting anything from this. I have twenty-five years of rejection letters. Some of the ones for poetry have actual pen and ink words on them written by a real person. I treasure them and read them secretly at night, under the covers with a flash light.

Most of the letters are form. You know the drill…”thank you for your submission”…”not right for us at this time”…”good luck placing this…”

Now editors are different. They are real flesh and blood and many are kind people. In fact, my copy editor, Arni Friedman, is hilarious. He sends wonderful e-mails, and incidentally does wonderful work. Right now I don’t hear from him much, because he’s having a time getting his heart regulated. He’s a few years older than I am, so, you know how it is. It’s a little like driving a car with over two hundred thousand miles on it. You love this thing called “my body” but it’s not very reliable and everyday you just hope the ignition catches and the brakes hold. It has to go to the shop for check ups a lot, costs money, needs special gas and oil, and it creaks.

But I digress, I was writing about editors. The first one I ever met in person was a lovely woman at REDBOOK who liked my stuff. Way back in the 80s we met for tea at the Renaissance in New York and she tried mightily to get my stories in the magazine. A hundred years before that when I did some articles for “Campaigns and Elections” I learned that a good editor is a gift not to be ignored. The staff there improved my prose and taught me a lot. Later I worked with both Chris deSmet and Marshall Cook at the extension Division of the University of Wisconsin. They were both great to work with; Chris on Virgin Hall and Marshall on a memoir I did for my grandchildren. But there are editors like a certain poetry editor who took my work, changed the title, dropped some lines and essentially made it his, not mine. I was desperate enough to publish to let him do this barbaric deed. I wouldn’t make that mistake again.

About publishers, more recently Dan Cafaro and his crew at Atticus Books have given me great feedback as well as publishing some of my stories and poetry online. It’s so great just to get an airing! Check out their web site.

If the agent takes the book, I’ll send up flair—probably a hundred or more.

I write novels, poetry, and short stories. In broad-brush terms, I have written about alcohol and drug addiction, and more importantly, recovery and the influence of twelve-step programs, incest, racial and religious tolerance, abortion, and war. In previous lives I was a political activist and business owner and have remained an avid Planned Parenthood supporter over the years. I graduated from Southern Methodist University and hold a Master’s Degree in Creative Studies from the University of Central Oklahoma, where I received the Geoffrey Bocca Memorial Award for graduate writing.